← more from
Kamizdat
Get fresh music recommendations delivered to your inbox every Friday.
We've updated our Terms of Use. You can review the changes here. 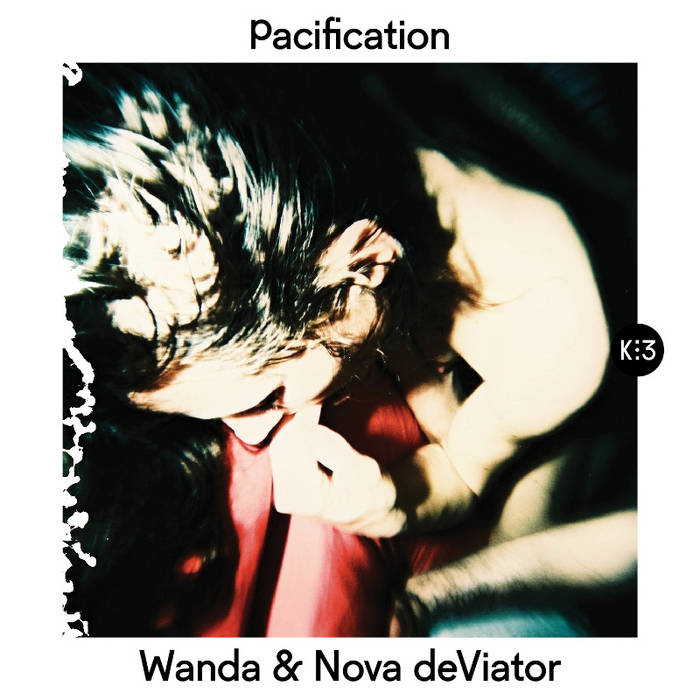 In early 2009 Maja Delak and Luka Prinčič created a performance called “Une façon d’aimer”, a duet that explored violence, love, sexual identities, and power relations through a fragmented mixture of various media - among them, also, a lot of music. That is where a punk rendition of proto-feminist You Don’t Own Me and sexually/bdsm-charged Domina’s Doll songs emerged. The former got quickly picked up by a local initiative K4format and published it on their compilation. The duo reinvented themselves as Wanda & Nova deViator to extend their reach on concert stages and dancefloors and continued to work on new tracks. They premièred a new performance “Frozen Images”, which delved even deeper into a “new media concert” form, utilizing real-time manipulation of video, songs with heavy breakbeat and electro-influenced beats, and lyrics exploring the contemporary life of consumerism, pornification, over-sexualisation, digital piracy, and the condition of contemporary subject. The performance lingered on an uneasy margin between theatre and dancefloor, between contemplation of the spectacle and body movement induced by loudness and beats. Since then the duo continued experimenting with forms and created two derivatives: a drone&noise audio-visual ambient-electronics show “Sublimation Revision” for ‘listening and watching’ occasions and a full-on dancefloor assault “Resistance”, which strived for the simplicity of a concert-like or even electronic live-act situation. This album is a transformation of the latter, a result of a long process of finalizing the tracks, rerecording the vocals, and collaboration with mixing engineer Igor “PlankTon” Vuk. This is outspoken electronic braindance music with a punk attitude and occasional excursions into triphop.

This KAMIZDAT release KAM003 is available as a high quality digital download, cd-r, usb and booklet in limited and numbered editions. More info at www.kamizdat.si.

Wanda & Nova deViator are an electro-funk duo creating bold hybrids through beats, noise, video and performance. The collaboration between an electronic musician and a contemporary dancer performer and choreographer takes influences from breakbeat, trip-hop, dub, idm, electro, noise and other bass genres while with each project researching new sonic and performative stage languages. ... more

Bandcamp Daily  your guide to the world of Bandcamp

Semiratruth joins the show to discuss their latest release, "loading..".